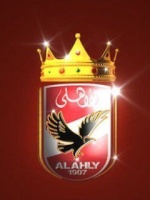 When you first begin the game, you're treated to a fantastic introduction starring, of course, Timon and Pumbaa. They take the player to their Jungle Arcade where there are 5 games available for play. Most of the games are familiar adaptations of older arcade hits. With fancy graphics and humor only Disney could think of, each game is a joy to play.

Play 5 different arcade games with Timon and Pumbaa:
_Hippo Hop
Help Timon travel across the river while collecting the grubs for Pumbaa's grill. Be sure to avoid the hyenas!
_Jungle Pinball
A zany pinball games with hyenas, elephants, gophers and more!
_Slingshooter
Shoot berries at various targets popping up.
_Bug Drop
A Tetris-like game. Play against the computer or a friend.
_Burper
Collect grubs while avoiding/destroying unwanted ones with Pumbaa's powerful burps.